So Sunday, April 30 Irene, Arla, Janey, Sharon, & Janice took me on the long-awaited surprise (at least for me) girls' outing. I think I had an idea where we were going (since I'm the type to try to figure out things, and from little things the girls would say here and there) but I was up for anything they had planned for me - I know that I would love whatever we did.

Arlene and Sharon picked me in NoHo and i'm blind folded with an itchy scarf. I know we're heading south on the 405, but had no clue where we'd be going (I knew Native Foods was off of the 405, but I didn't think we'd be going there). I'm trying to guess where we're going, but the girls wouldn't budge at all. =) After a 30 min drive or so we finally park, they take the scarf off and I look around it looked like we were @ the beach - I wasn't surprised like "wow" just yet..hehee. We were actually in Venice and walk along the stores and stuff. Us 3 bought really nice skirts (I'll wear mine for the surprise wedding shower... heehee). 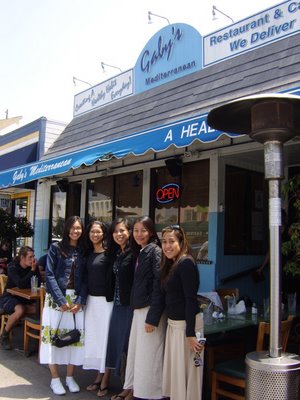 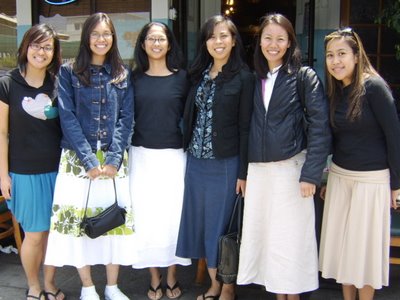 We met Reney, Jane, and Janice @ this Greek (?) restaurant I believe it was called Gaby's. We had pita bread dipped in olive oil, sesame seeds, and some other ingredient that slips my mind also this fresh eggplant dish that we ate pita. The vege falafel sandwiches were delicious with the french fries as well.

So the girls were saying that going the muscle beach to work out was my surprise, but really it was coming after we ate @ Gaby's. Of course I was blind folded once again and another 20 min or so and I was guided out of the car into a building of some sort. 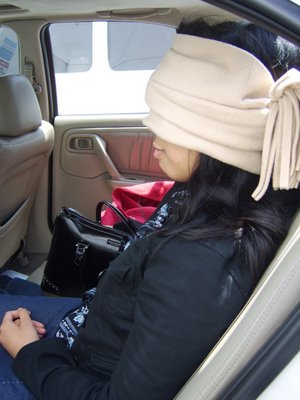 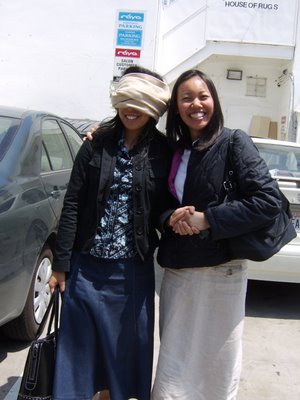 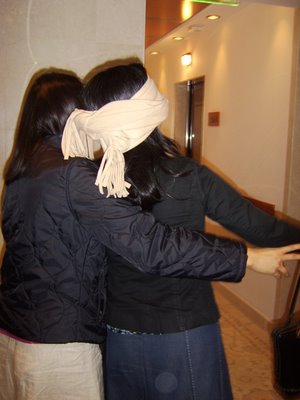 They finally take off the scarf and we're at the counter of "surprise surprise" a spa!! (yay!) It was called Raya - a European spa place in La Cienega. 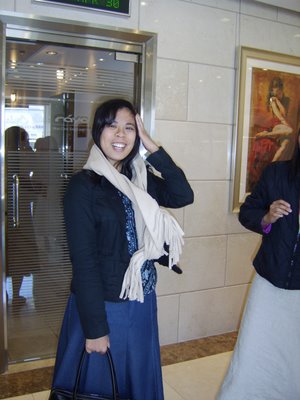 I was excited because I had been wanting a good massage and to sit in a sauna for a long time (it was my first visit to the spa - can you believe that? - besides all those wonderful massages in Wildwood during class of course (: So Jane, Reney, and I get the swedish massages while Arla & Sharon got the facials. We all were able to go to the sauna, steam room, aromatherapy steam room and use the hydrotherapy showers (just like an updated version of the ones' in wildwood). 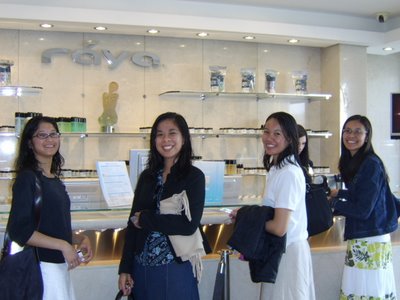 The massage and spa experience was such a blessing to allow me to relax for a couple of hours after a challenging past two months. Steve of course was thinking the girls would take me to the spa... heehee. Thank you ladies for a wonderful dy!