You've got to try this restaurant!

THE BEST VEGAN RESTAURANT IN THE WORLD 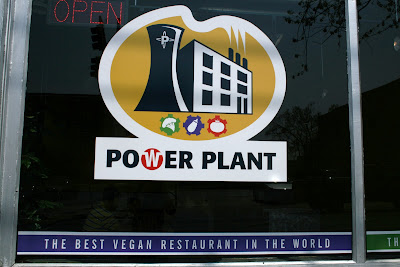 How did we find "The Best Vegan Restaurant in the World??" Well, after having a not-so-good breakfast at a popular restaurant they went to the Atlanta Zoo and were then driving around looking for a vegan restaurant. Unable to find the intended restaurant they stumble upon this eatery at the corner of Edgewood and Boulevard in Atlanta, GA. They see the above sign and decided to take a look inside. Walking inside they saw bright bare walls and colorful & silver tables/chairs. No one was inside... until someone walks out of the kitchen and hosts them. From the reports (since Shy was still in So.Cal.) I was told that it truly was the best vegan restaurant in the world - topping even Cali's Vege Wok, Native Foods, Oreans, & yes Happy Family. Now, after I heard that Steve, Gomez, Peter, & Irene all had unanimously agreed that Power Plant had topped the charts in vegan restaurants - I was truly amazed. Of course when I flew to Georgia I simply had to try this new found gem. Sharon & I got our chance later on that week. We (Gomez, Peter, Joel, Sharon, Steve & Shy) first went to the Georgia Aquarium (such grandious & amazing exhibits!!) Throughout the day we of coruse were looking forward to our lunch. Some in our group even skipped breakfast to make room for Power Plant. We hoped that Power Plant wasn't too hyped up that the food wouldn't stand up all of the hoopla. However it truly lived up to the good reports and superceded our expectations. It was such good soul food!! They've only been open four months. We told the chef that it was a must to franchise in LA. Enjoy the pictures!! 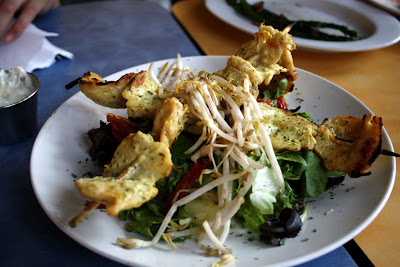 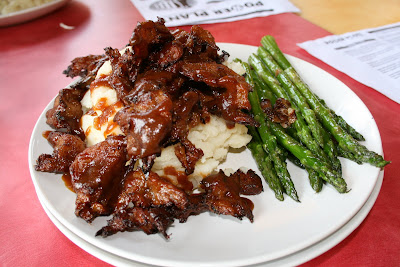 I could say that they were all my favorites - but the BBQ first lady was totally up there in the faves. Good balance of sweet & savory. I wished I ordered it for takeout. 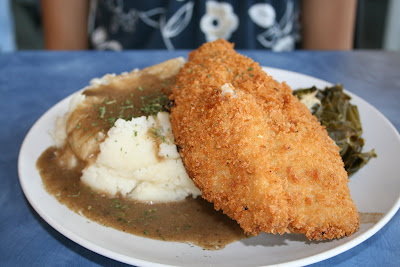 We sample tasted each other's foods and this one was up there in taste. It's not too heavy and it is so delicious - flavored so well. Herb mashed potatoes were yummy also. 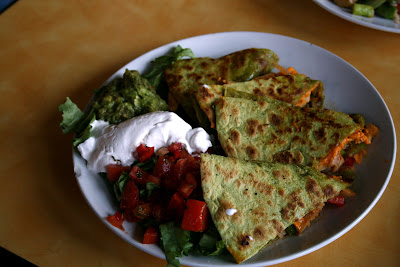 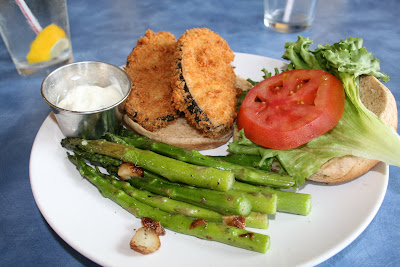 The tarter sauce is very good and so tasty even with the Shicken dishes. 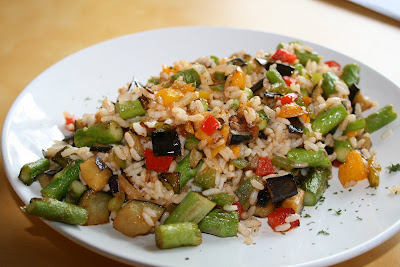 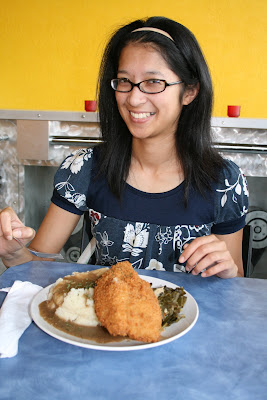 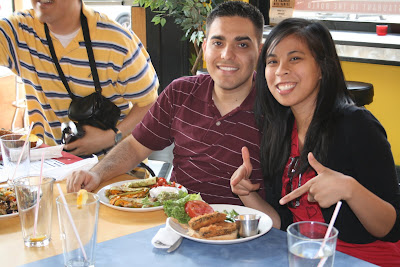 Steve & Shy right before we eat our so yummy food! 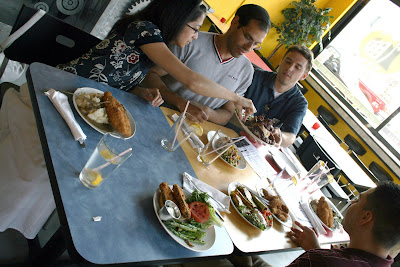 BeFoRe - with plates full 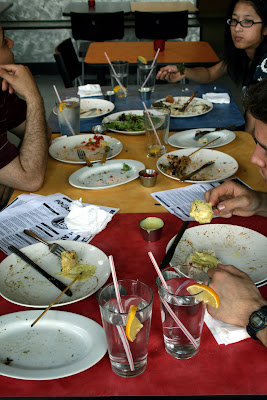 AfTeR - with plates empty

Well, since we had some people come back a second time the chef appreciated it and we got to be "guinea pigs" for a couple new recipes they were trialing on..... CAKES!!! yay dessert! The two pictured below are a lemon cake & a red velvet almond cake. Both were so delicious and very rich. Who's getting married next? These flavors would make such good wedding cakes (we assured Joel though that the wedding cake he made for us was definitely good!! The cakes at powerplant were good yes but soO rich.) The chef told us to warn him the next time we come and he'll pull out the red carpet.. heehee! 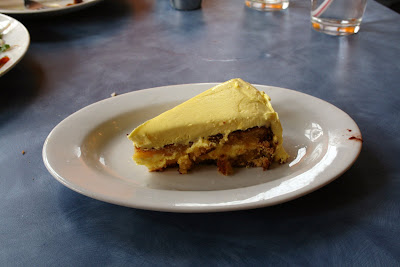 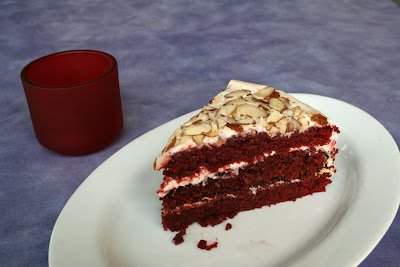 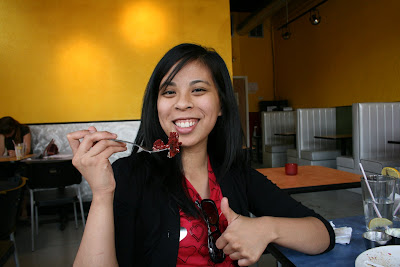 Other mouth-watering items on the menu:

Mex-Tex Burger - Sauteed mushrooms and onions, guacamole, and salsa with bacon bits on top of our classic burger.